In the sphere of social commerce, Dolls Kill is making a killing when it comes to their social strategy focusing on leveraging influencers.

Since day one the company:

After 3 years the company:

How did this young e-commerce brand manage to grow so fast?

I would argue that leveraging influencers and Instagram as their primary social channel was critical to their success and I’ll break down how your business can leverage influencers to grow.

Influencer marketing can only be effective in the long term if it’s tied to your brands over-arching vision.

This means collaborating with influencers that represent your brands values and resonate with your target audience.

For example, two of the subcultures that are the foundation for the companies values are punk rock and Goth.

The influencers Dolls Kill works with are young people who are actually a part of these subcultures. Not only do they speak to the same values, but they fit perfectly with the overall aesthetic of the brand and the products within those two subcultures.

#2 Choose Influencers who are Active where your Community Lives

Leveraging Instagram as Dolls Kills the primary channel for communicating with their audience was critical to their success.

Undoubtedly, they had the advantage of exploiting the platform before it had reached a billion monthly active users. But that’s beside the point.

The point is that they understood where their audience lives very early on. Their audience is millennials and that’s the largest demographic on Instagram.

Moreover, Instagram is the platform of choice for both influencers and brands. So much so that Instagram and Influencers have almost become synonymous despite the fact that influencers existed long before Instagram.

Dolls Kill didn’t only brilliantly leverage Instagram early on, they leveraged influencers on Instagram at a time when not many brands were onto it yet.

#3 Your Fans are the Best Influencers

Many brands are set on working with celebrity influencers. The problem with this is that (apart from the fact that they’re very expensive) these influencers may only endorse your product because of the payment involved. They won’t actually consume your product as they’re not true fans of your business.

The influencers (or dolls as the company calls them) that collaborate with Dolls Kill have effectively become the brand. The brands primary models / influencers that they use today weren’t real models. They were Dolls Kill fans who became part of the company after entering photo contests the company organized.

The companies CEO, Farahi (former owner of Multivision which he sold for a small fortune), elaborated on this in an interview. “It’s a real girl. It’s authentic. When a girl follows Dolls Kill on social media, they don’t feel like they’re following a brand, but instead one of their friends.”

In order for authentic collaboration to flourish, the interaction between brand and influencer must be fully organic.

This means providing the influencer with full creative freedom and giving them the reigns to be themselves. This should be the case for videos, product shots and whatever other content they’re creating for you.

Brands have begun to understand the power of micro-influencers. Micro influencers have followers in the thousands to the tens of thousands.

Dolls Kill understood this early on and despite the fact that they have a huge following today, they still collaborate with influencers that have under 30,000 followers.

Despite the fact that they have smaller audiences, their audiences are extremely engaged and more likely to trust their recommendations because they actively consume the products that they endorse.

It’s the quality of their following, not the quantity. Moreover, collaborating with micro-influencers allows you to establish a long-term working relationship as opposed to a one-off campaign.

#6 Long Term Instead of Short Term

The great thing about working with micro influencers is that you can establish a relationship with them. They are more willing to work long-term as they are not bombarded by hundreds of brands.

Moreover, they don’t cost nearly as much as mega influencers or celebrities, meaning you can work with them on a frequent basis without a large budget.

Dolls Kill executed this brilliantly with the influencers they recruited from their fan base who of eventually became the face of each of their product lines tied to the specific subcultures that make up the companies values.

Influencer marketing involves a lot more than just sending out products to influencers. If you want to build a strategy that is scalable and sustainable in the long term, you need to plan accordingly.

Think about the workload and organizational management required to collaborate with thousands of micro-influencers. The task of outreach alone is massively time-consuming, let alone managing and measuring the entire campaign.

Now, your strategy may not involve targeting thousands of micro-influencers, but even if you’re targeting tens or hundreds of influencers, you need to plan and streamline a strategy that will have longevity and can be scaled.

#8 Leverage Influencers and the Medium to Build your Community

The internet era has allowed influencers to sprout like weeds. Influencer marketing is word-of-mouth at massive scale enabled by the internet.

By leveraging the correct medium to communicate with your audience and using influencers that represent key segments of your customers you can build a brand around your values faster than it was ever possible. 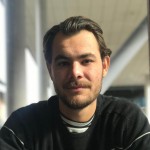 After building and selling his first online businesses, Stefanos learned to grow a scalable and sellable business. His primary areas of focus include product sourcing, business strategy, marketing, general management & operational activities. Ever since executing in these areas and learning as he goes, Stefanos began writing on these topics and working with start-ups and software companies as a consultant and content marketer. Primary areas of writing focus on Saas, Start-ups, E-commerce & Marketing.